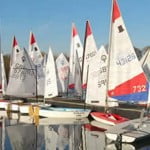 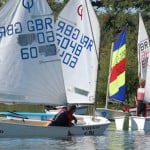 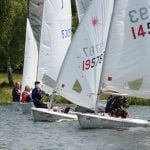 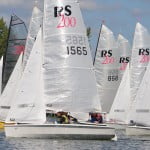 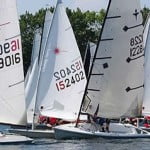 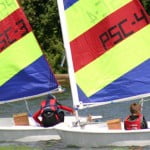 Following on from Papercourt’s impressive turnout at the Inland National Championships and in light of the up & coming Wraysbury Open, I’ve been asked to give some thoughts as a ‘Newbie’ to the Oppie racing circuit. In short it’s great fun, both Thea & I were made to feel very welcome at the Inlands and part of the Papercourt crowd. I soon realised there is as much fun off the water on the social side as there is from sailing and racing.

Having a youngster who’s progressed through the various grades and moved into the Racing Group it seemed odd not to continue the development moving on to actually doing some open racing. So we decided to take the plunge. To be honest I was a little apprehensive. Saturday mornings at Papercourt are easy, you know what’s going on and what to expect. The Inlands however was the first big sailing event either of us had attended. It can be a little daunting not only for young sailors but the parents too. I needn’t have worried. There were lots of friendly faces, not just familiar ones from Papercourt. Everyone, to a man (or woman), was friendly, helpful and more than happy to go out of their way to assist and point me in the right direction. You just have to ask if you’re not sure about anything. It turned out the buoyancy test on Thea’s boat was out of date. Not a problem. An RYA qualified inspector was rounded up and sent out way. He gave the boat the once over and signed it off – 5 mins and it was sorted for another 12 months. There is a good club feeling of “Papercourt on tour” and it’s also worth remembering that all the IOCA events are staged by Oppie parents who have been through it before.

There is a significant difference between the approach Main and Regatta fleets. The Main fleet is a fully fledged, out and out racing event which, whilst still paying heed to the young age of the sailors, is very competitive and the sailors need all their sailing experience and high levels of competency. The Regatta fleet is a far more relaxed affair, especially for those just starting out. An illustration of this is the race briefing which started with a bit of a sing-song, a few jokes and fun from the race officer and beach master to break the ice. Not to take anything away from those competing for top places in the regatta but those towards the other end need not be overly concerned about all the paraphernalia of entry and registration procedures; the course or which flight (starting sequence) they’re in. It is sufficient to take part and experience everything that is going on. Unfortunately there was no Regatta racing at Grafham on the Saturday and so the kids, being kids, made their own fun, played football/on the swings, mucked about and generally had a good time. Funnily enough the same thing happened at the Hayling Island Open (no Saturday racing for Regatta) but at Halying it was a lack of wind rather than a 25 knots gale. So at Halying an impromptu rounders match was organised (by a Papercourt mum) and all the kids joined in.

Once the race is on with the kids on the water an air of calm descends and the can parents chill out relaxing as hard as they like. One Papercourt Mum & Dad hired bikes and went for a cycle round Grafham’s beautiful reservoir. Some took a quiet walk while Charles Whelan decided to go for a run – not sure if he went all the way round the reservoir though – Charlie? Others took advantage of the facilities in the bar. Don’t forget it was the FA Cup and going to a sailing event did not mean footy fans were denied.

The Saturday evening was great fun too. As “newbies” we were delighted to be invited to join a dinner where a total of 7 Papercourt families (10 adults and 13 kids – I think!) all sat down together for a very enjoyable meal where we all shared each other’s stories and anecdotes of the day. It was quite raucous with all the kids who were talking loudly, laughing and constantly jumping up and down from the table. I’m not sure what the other diners thought, who presumably had come out for a nice quiet meal, but thankfully there were no complaints.

Having started out a little apprehensive and somewhat reticent both Thea and I really enjoyed our trip to the Inlands and I’d like to thank all the Papercourt members there who made us very welcome. We’re both very much looking forward to the next event and we’ve already registered for Wraysbury. I certainly hope there will be a strong representation from the Papercourt (Intermediate 3 and Racers). See you there! 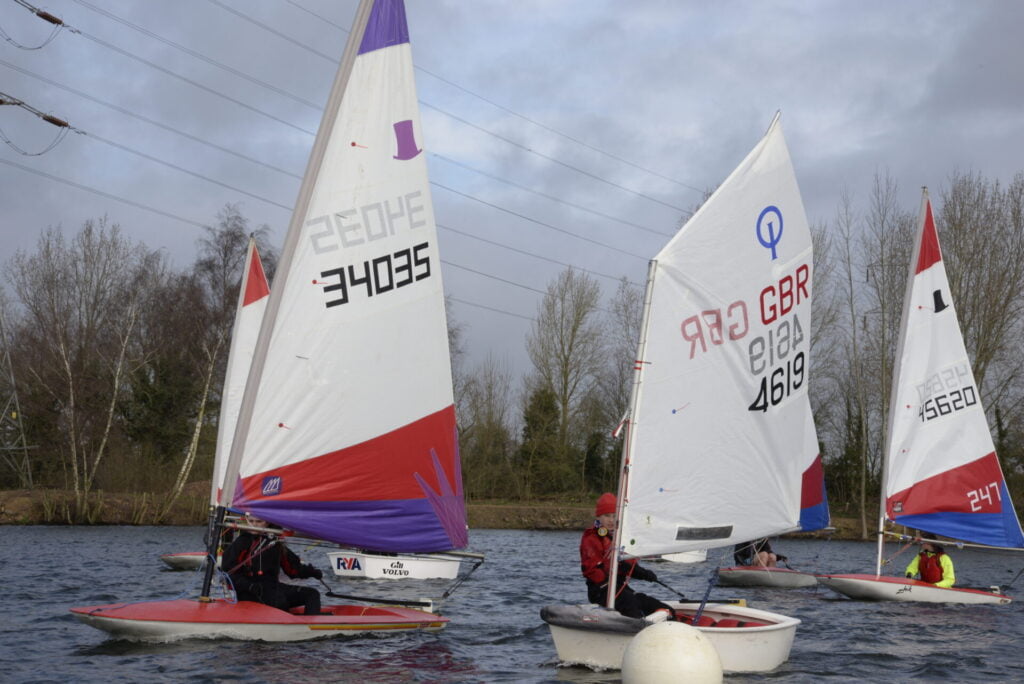